Going for a job interview can be terrifying, especially if you haven’t had much experience with them before.

Even if you’ve done many interviews over the course of your career, the pressure of the situation makes it easy to slip up – unfortunately, in some cases, these mistakes can cost you the job.

Many of these slip-ups are the same across a variety of industries, and a number of talent acquisition specialists have outlined the most common (and egregious) mistakes they’ve seen over the years. Let’s look at the top five ‘don’ts’ for your next interview:

1. Don’t come to your interview looking anything but your best

Even if you know that the company you’re interviewing for is relaxed, it makes sense to overdress for the interview (at least slightly). This is a much better option than the alternative. According to a LinkedIn survey, 46 percent of hiring managers say they’ve eliminated a candidate based on their sloppy appearance.

46 percent of hiring managers say they’ve eliminated a candidate based on their sloppy appearance.

CNBC suggests that you pull out clothes the night before (or have a designated ‘interview outfit’) to prevent untimely fashion crises the day of the meeting.

2. Don’t come to your interview without questions prepared

It might seem like an interview is going to consist entirely of the hiring manager asking you questions – but this simply isn’t the case. Having questions prepared shows that you’re interested in and engaged with the company, and it also shows that you’ve done your research in advance.

This is helpful, both for the interviewer to get a sense of your drive and preparation skills, and for you to get an inside perspective into the company that you won’t get from the website.  According to a LinkedIn study, 41% of hiring managers say that asking well-informed questions is one of their top qualifications for a candidate. 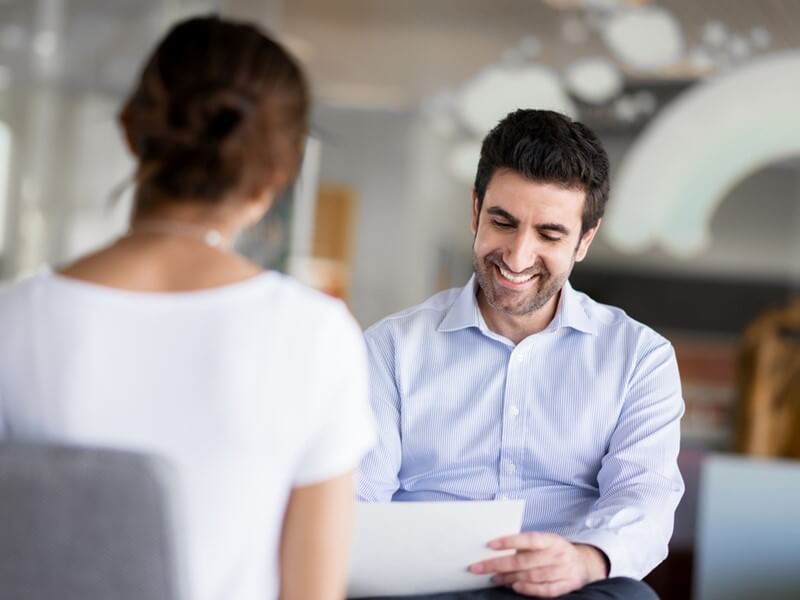 3. Don’t come to your interview late or too early

We’ve all been taught from an early age that showing up late is unacceptable. This is extra true for job interviews, as this meeting is the first impression your potential employer will get of you. Make sure you leave lots of margin time in case something goes wrong on your commute.

With that said, if you show up too early (more than 20 minutes), find a way to occupy yourself until the appointment – otherwise, it’s as disruptive to the interviewer’s day as it would be if you were late.

Make sure you leave lots of margin time in case something goes wrong on your commute.

If you’re still at another company and the interviewer asks why you want to leave, it might seem natural to throw your current employer under the bus. However, tread very carefully here – the last thing you want is for the interviewer to think that you’re likely to up and leave their own company, says Monster.

It might be worth planning out in advance what reason you will give for leaving your last job, just so you don’t trip over yourself when answering the question.

Though ultimately the ball is in the hiring manager’s court after the interview, sending a quick follow-up email thanking them for their time never hurts. It shows that you’re respectful, that you have initiative and that you are interested in the position. Additionally, it refreshes you as a candidate in their mind – especially helpful if they’ve interviewed multiple candidates.

Going for a job interview is intimidating, but with these five tips in mind, you’ll be well-prepared to tackle the challenge. For more job hunting or productivity tips, check out Reo’s blog!

Can we send you an email?

Join more than 5,000 other smart finance professionals by signing up to our newsletter. You'll get a monthly email with new blog posts,  job news, views, and insider tips. Don’t miss out on this valuable advice!